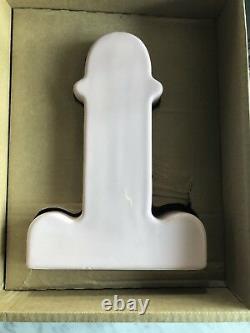 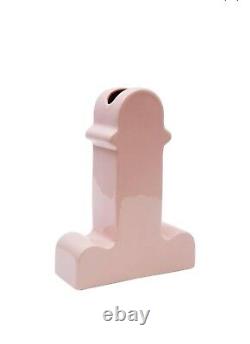 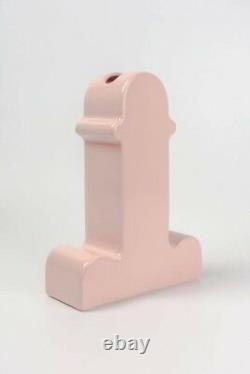 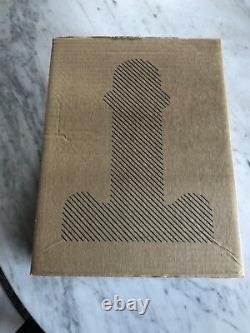 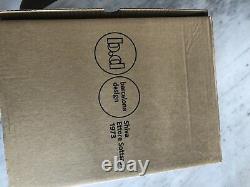 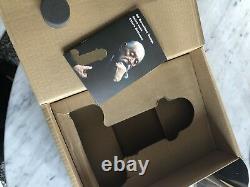 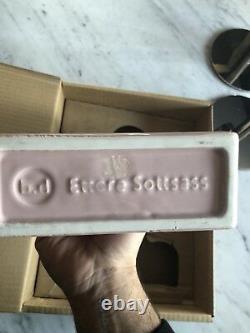 ETTORE SOTTSASS SHIVA VASE POTTERY MEMPHIS with Original box. BRAND NEW CONDITION--Never Used (Box has minor imperfections see images). An iconic pink Memphis vase in the shape of the penis from the Postmodern master, Ettore Sottsass. Shiva vase: I continue to produce small, small, small architectures, such as this ceramic piece, for example, a little like monuments, a little like tombs, a little like abandoned temples of the gods.

"Memphis" was not to appear on the scene for another 10 years, but Ettore Sottsass had already by then been visiting India for a decade. His little architectures, such as this little flower vase, owe a great deal to that...

The Memphis Movement was an Italian architecture and design group founded by Ettore Sottsass. The group was active from 1981 to 1987. The Memphis Milano style bears bold colors, geometric and assymetrical shapes, the Post-Modern child of Art Deco and Pop Art. It started at a meeting called Memphis, gathering architects and designers organized by Ettore Sottsass at his place. The name comes from a Bob Dylan song that was played repeatedly during the reunion.

From that point, Memphis presented their work for the first time at the prestigious Salone del Mobile of Milan in 1981 where it burst into an immediate success, extreme like their creations. Ettore Sottsass leaves the group in 1985, and the group disbands in 1988. As extreme it was and as criticized as it has been, the Memphis movement changed the face of Design and Architecture but not only that; it is now a cultural icon that still strongly. Influences fashion, graphic design or even music.

The Memphis heroes continued with their own practices to spread and evolve the ethos of that wonderful parenthesis in time and creation. X D 2.32 in.